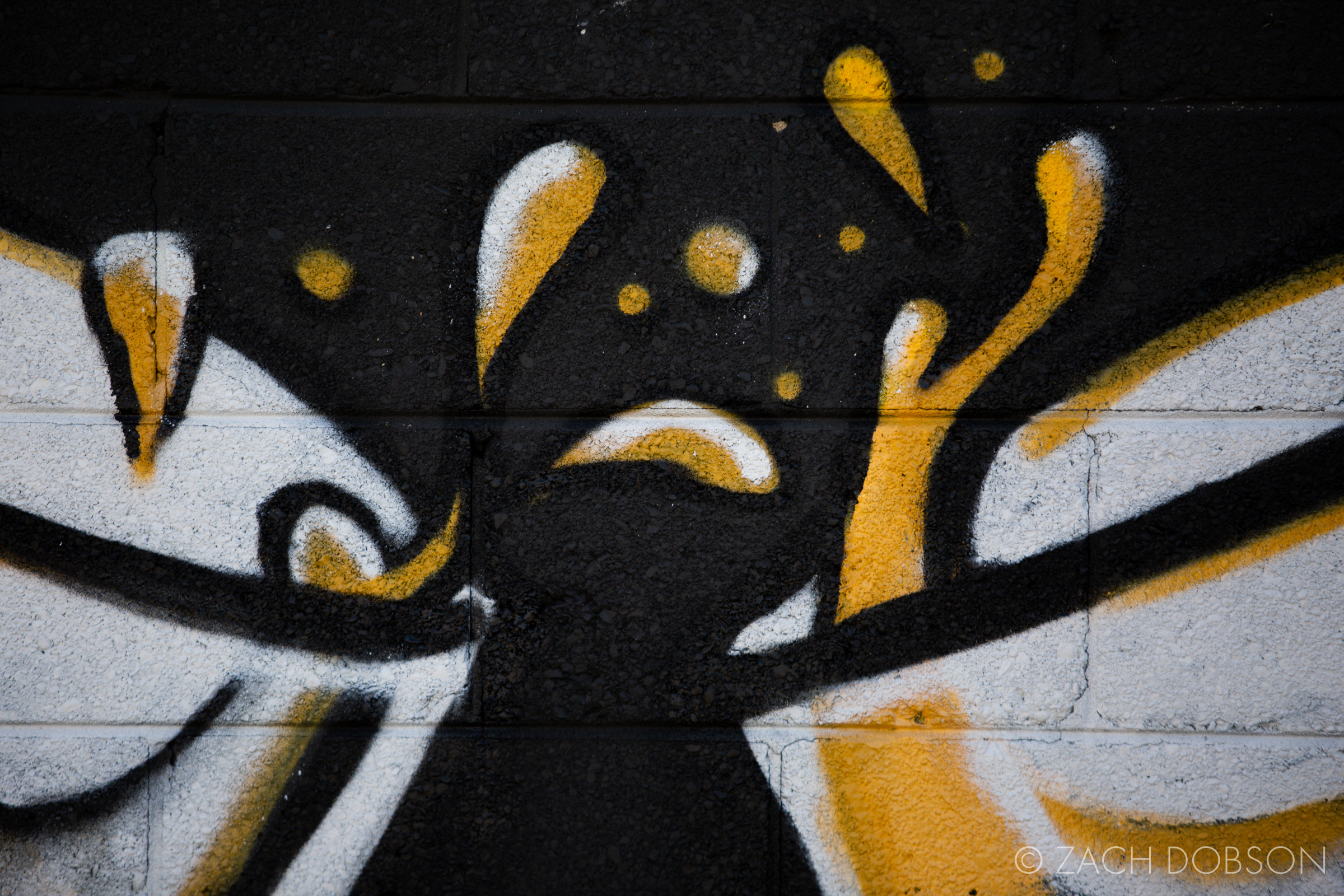 Indianapolis artist Aaron Scamihorn works as a graphic designer and illustrator. Under his company Ronlewhorn Industries, he creates illustrations, concert posters and design for companies like Indiana City Brewing, where he’s lead their overall design and can art since their founding in 2013.

Last weekend, I photographed Aaron at Indiana City brewing where he and some fellow artists created a new mural on the north side of the building. Scamihorn is new to spray paint as a medium (he’s produced 4-5 pieces to date by his count), but you wouldn’t know that by the resulting work.

Scamihorn leads a group called Craft Brew Doodle Crew. They meet monthly at Indiana City Brewing to collaborate on pieces that become can art for new beers. Members of the crew collaborate on the mural as well.

If you’re into art like we are, you’ll want to check out these other artists.