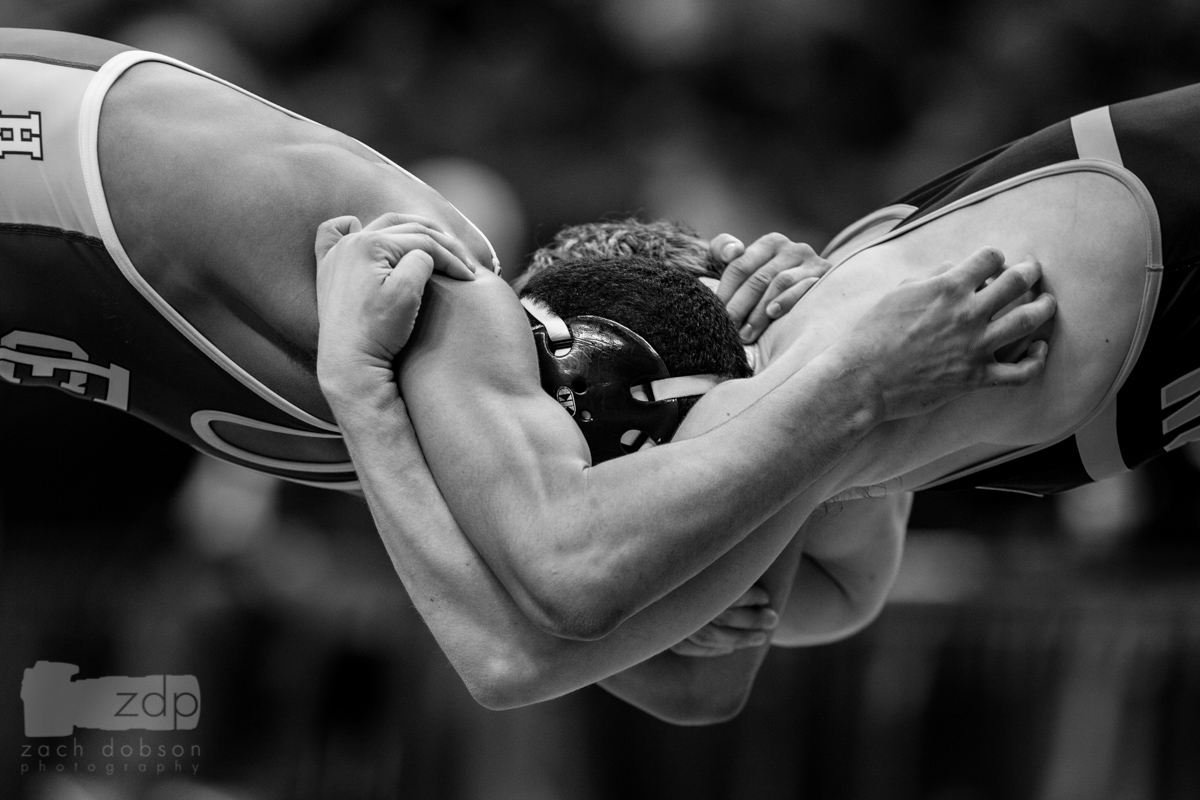 You know wrestling is a popular sport in Indiana when the Indiana High School Athletic Association State Finals are held at an NBA arena.  This was something to behold.  Watching, it was easy to forget that these are teenagers.  A clash of two titans in the 285-lb weight class, evenly matched, brought the entire arena to its feet in riotous cheers.  And that was for 3rd place.  In another match, after suffering what appeared to the crowd to be a broken ankle, fans watched as an impending forfeit turned into a victory.

Visibly bruised and battered, these student athletes left it all on the mat.  It is important to note the “student” part as well.  As finalists were introduced, most, if not all, had a GPA near or above 4.0 and many seniors were heading off to Big Ten and Ivy League universities in the fall.

If you have a chance to check out any wrestling meets next season I highly recommend it.  You don’t even need a working knowledge of the sport to appreciate the skill and toughness of the athletes.

I frequently use BorrowLenses to try out new and specialty gear. Let them know I referred you by using our affiliate link...
BorrowLenses
Loading Comments...
Comment
×